Google AdSence has been suspended…

As usual, I opened Gmail to check my email and found an email from Google with an unfamiliar subject line. 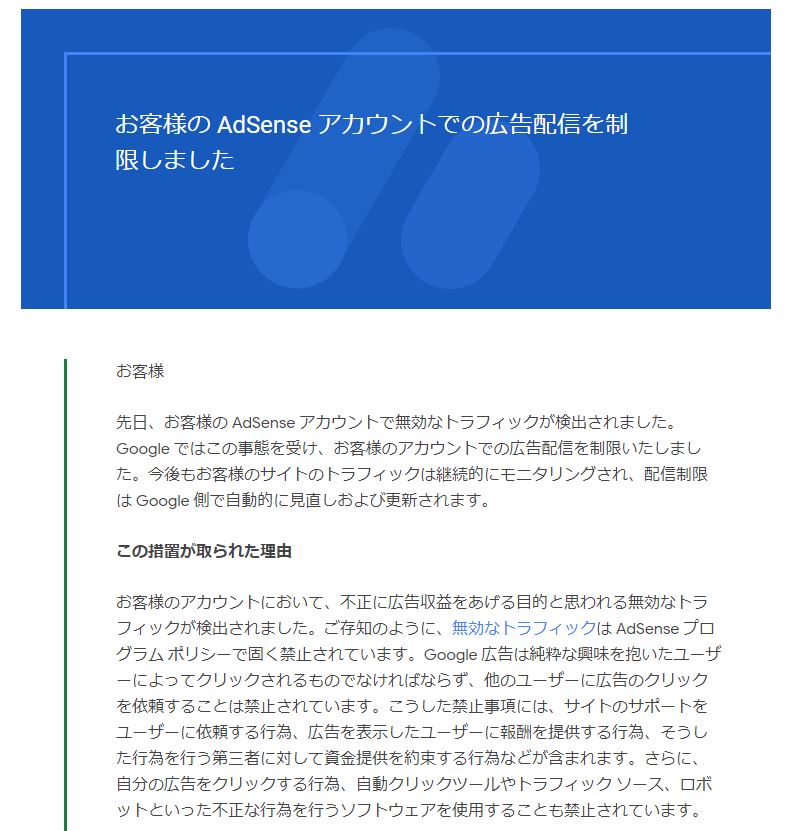 What the hell is this?

The discontinuation of Adsence! I don’t remember this at all…

Maybe it’s because I haven’t updated my site recently, or maybe I did something without my knowledge, or maybe Google has misunderstood something…

Anyway, I decided to investigate the cause

Apparently the cause of the ad limit is “invalid traffic!”

Apparently, the cause is “invalid traffic”.

So, what is “invalid traffic”?

I started by Googling that. 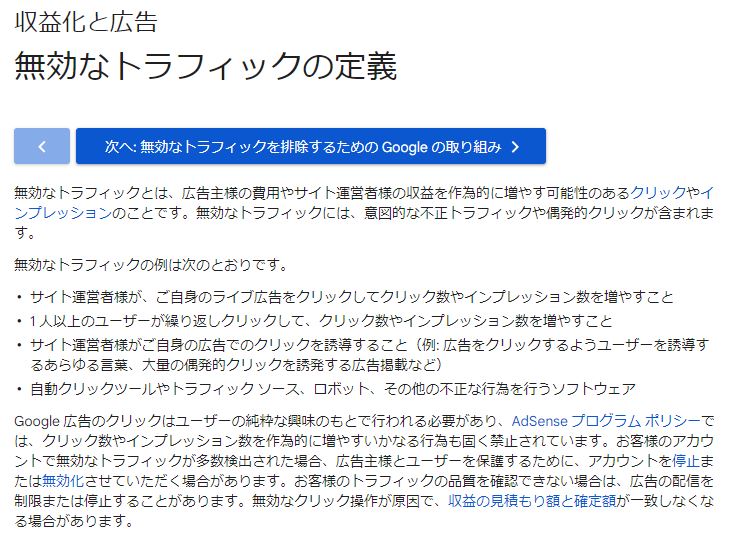 For your information, the official Google website states the above.

For this, the act of clicking on the ads on the site yourself, but since you have not been updating the site recently

However, since you have not been updating your site recently, this does not apply to you.

This is the act of a third party other than yourself visiting the site and clicking on the ad multiple times.

With regard to the two above, this is also not possible, as it is an intentional act of inducement or use of a tool.

This is not possible.

Therefore, the cause seems to be that a third party came to my site and made multiple clicks.

I did some research on ad restrictions due to invalid traffic and found that many other site operators have also been restricted.

And the countermeasure is “identify the invalid traffic -> report it to Google Inc.

Or, they were just waiting for the restriction to be lifted…

installed an add-on to WordPress that blocks suspicious access.

I have now done so.

It is hard to imagine that people with malicious intent would visit my site, but anyway, I have installed an add-on that will mechanically block them.

The function of this add-on is simple and clear.

If an ad is clicked on multiple times from a specific IP address within a specific period of time, the ad will be placed on emergency status.

As described above, we have not taken any major countermeasures, but we have reported to Google Inc. that we are implementing countermeasures for now.

I do not know if it is meaningful or not, but I feel it is better than not taking any action. 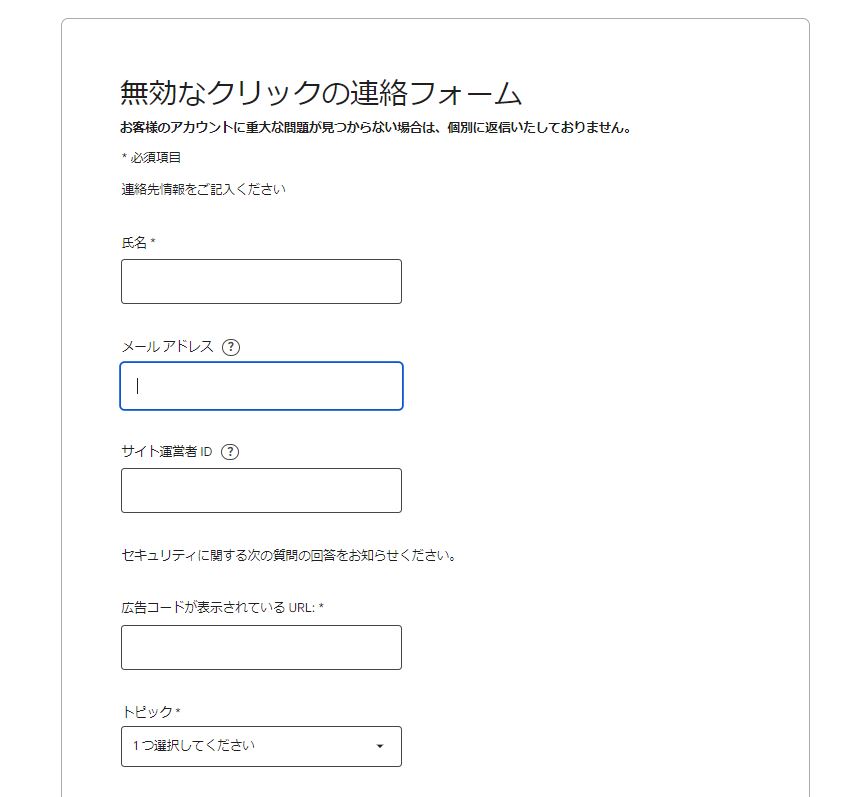 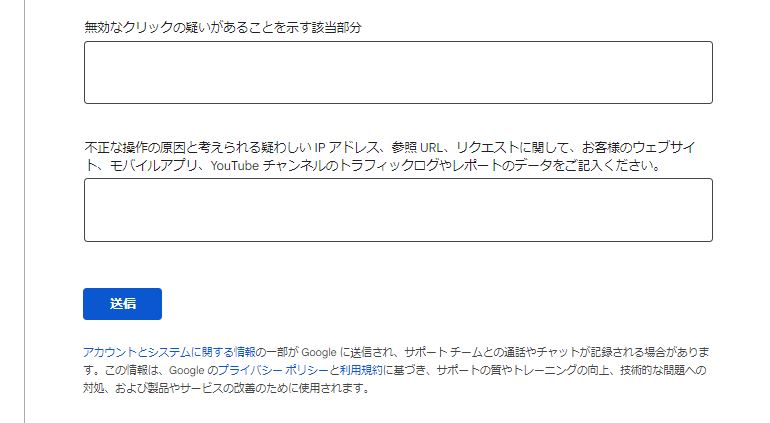 I contacted Google Inc. using this form, but they don’t seem to have any answers, but I guess it’s important to try everything…

For now, we are waiting to hear from Google Inc.

So, here is a summary of the process from the Google Adsense suspension contact.

I will add more information if there are any developments in the future.

[2022 Newest Version] Google Analytics and Adsense links were not set up… I’ll walk you through the steps to set up your tracking code! [GA4]

[2022 Newest Version] Google Analytics and Adsense links were not set up... I'll walk you through the steps to set up your tracking code! [GA4]

How to use WPScan on Windows using Docker

[CTF Training] Use the site ksnctf to improve your information security skills.
New Lexus RX full model change in 2023! Prediction based on leaked information
[2022 Newest Version] Google Analytics and Adsense links were not set up… I’ll walk you through the steps to set up your tracking code! [GA4]